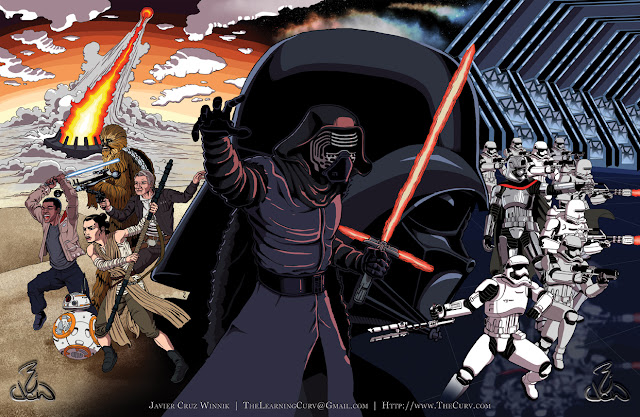 When I have tabled at comic con's, I've often been asked if I've done any art related to Star Wars. For a long time I only had a Storm Trooper sketch that would garner some interest but I wanted to do an illustration that would bring a smile to the casual and die hard Star Wars fan.

"The Force Awakens" inspired a lot of what I wanted to include in a Star Wars piece. From the new designs of the First Order, to the camaraderie that the new Rebels had, and the torch passing of the dark side to the mysterious and imposing new Sith, Kylo Ren, I was given some amazing details and story elements to bring together into an illustration. The Star Wars universe is so well created that it could be on the screen with no sound and would still be visually entertaining.

I began creating the art for this piece while on my annual trip up north with my lady during the holidays so it was all created piecemeal in my sketchbook. The trip was SO good that I was able to draw Darth Vader and have a glass of Coquito (Puerto Rican Eggnog), joining my culture and art together for the first time in this way! So much fun. What I am really proud of is creating an illustration where almost no two figures are drawn together in the same plane. Chewie and Han, and BB8 and Rey are the only characters that were drawn at the same time.


I hope you dig it and if you'd like a copy of this  or any 11x17 poster I have done, feel free to email me at thelearningcurv@gmail.com and I'll get you a copy! 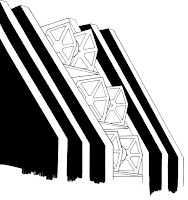 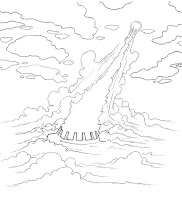 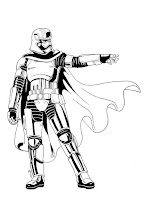 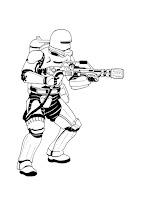 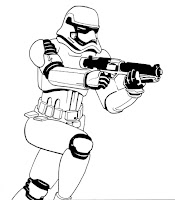 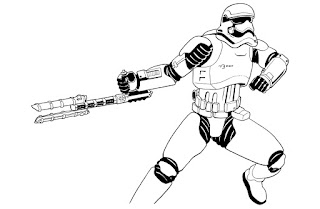 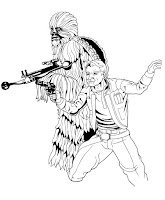 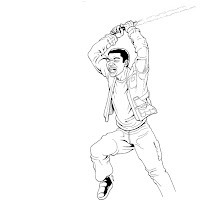 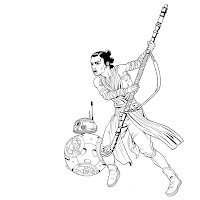 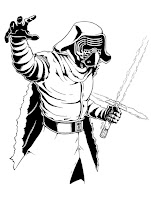 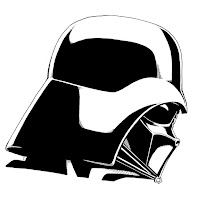 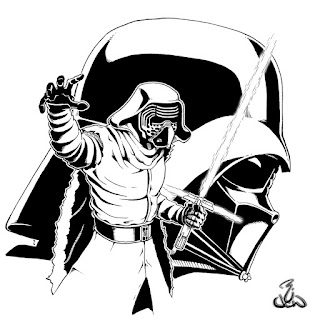 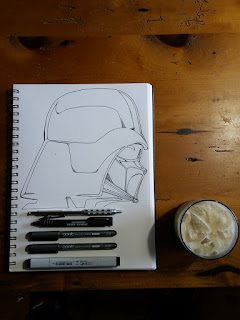