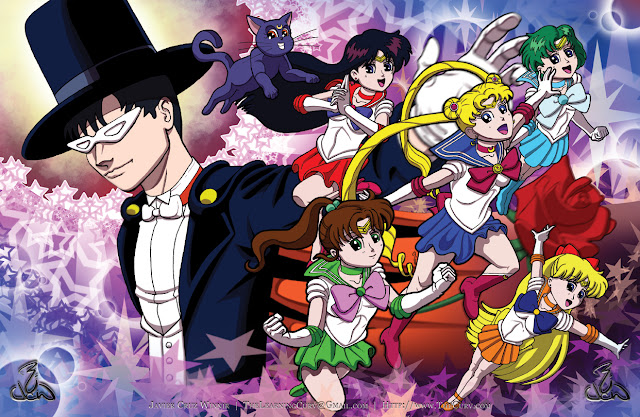 Tackling a ‪Sailor Moon‬ ‪illustration‬... after watching the show, I wanted to make the girliest drawing I could come up with. I don't know if I've ever done an illustration just because it was a ‪fun idea‬. I am usually more gung ho about doing a piece because of the characters themselves. Other than Jem and My Little Pony, I don't know if there's another ‪‎girly‬ character I'd be so comfortable drawing as Sailor Moon. I don't know why but I think of girls screaming, high pitched sounds, bright lights filled with pinks, purples and fuchsias, stars and fireworks. In essence that's what fueled this image. And then there's those ‪big eyes‬ and a character named ‪Tuxedo Mask‬ as‪ ‎the love interest‬. Nuff said?=]
Posted by Javier..... thelearningcurv at 2:43 AM