It's me! The Doctor! 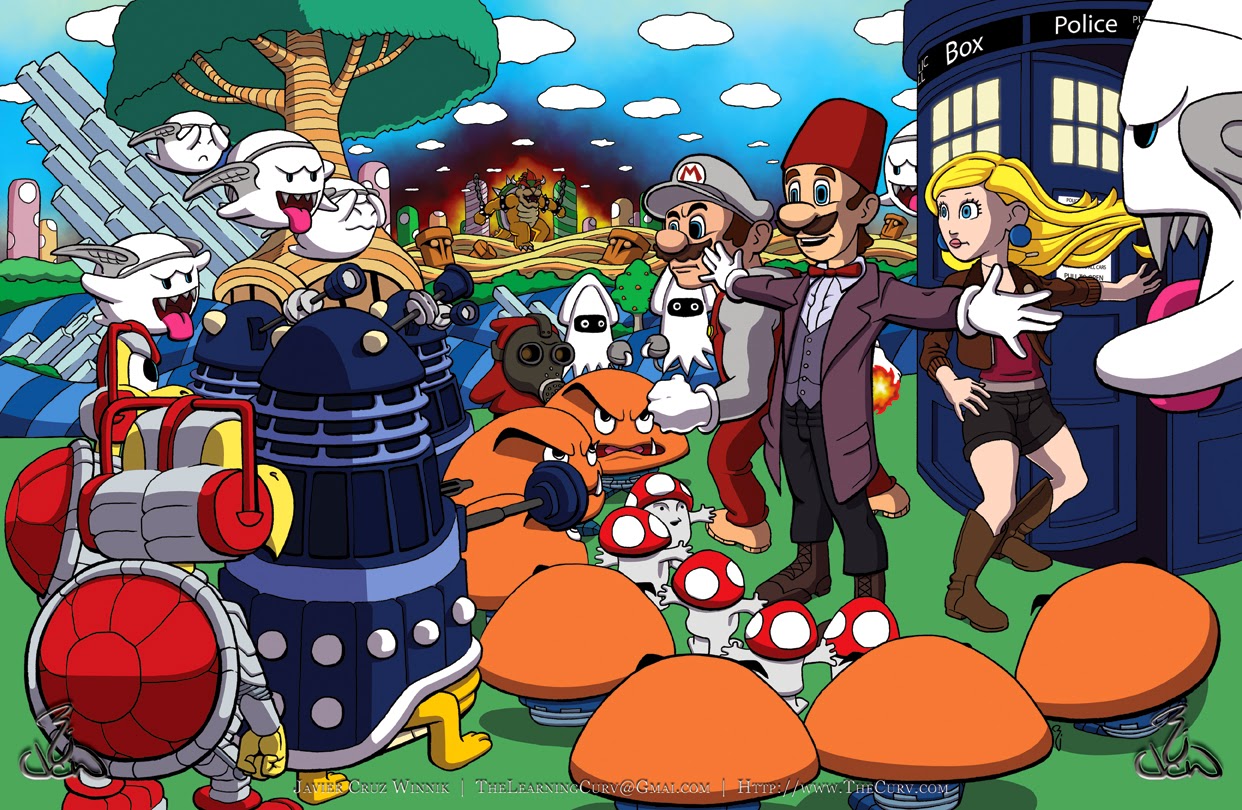 I've loved watching the Dr. Who television show ever since I got a chance to see it on Netflicks and am have found the show to be quite endearing. They say your first doctor becomes your favorite and the 9th is definitely mine. I have absolutely loved the history and entertainment that can be seen in the show and expect it to continue to be a great show that is broadcasted for generations to come.

I have also always loved the Super Mario Bros. on the Nintendo gaming system. I have only recently been able to afford getting a WiiU and haven't gotten to play a Mario game since the old Super Nintendo system. Yea, it's been a while.

The more I would watch the Doctor and the more I played Mario, then more I started seeing the connection between the two.  The episode where the Weeping Angels surrounded the Tardis and as it escaped, had them locked in seeing each other, I realized that the Angels and the Boo's were the same. From then on, I made it my business to find the other connections.  In my illustration above, the Goomba's are the Sontaran's, the Mushrooms are the Adipose, the Shy Guy is the Empty Child, the Bloopers are the Ood, the Koopa Troopers are Cybermen, and the Buzzy Beetle are the Daleks. I even made sure King Koopa made an appearance as the Satan Demon. I debated putting Mario in a roman costume since he is suppose to be Rory, but I wanted to keep something authentically Mario, as well as keeping Princess Toadstood's hair color blond, even though she's suppose to be Amy Pond...I did make a pipe the Tardis, and Luigi as the Matt Smith Doctor because of their physical similarities. Luigi doesn't get enough love so I was happy to give him the staring role in my illustration!

If you would like a copy of this illustration to hang on your wall or give to your friend, email me at:
thelearningcurv@gmail.com
and well find a way to make that happen!

Thanks for stopping by, I hope you enjoy the process that I've left below. 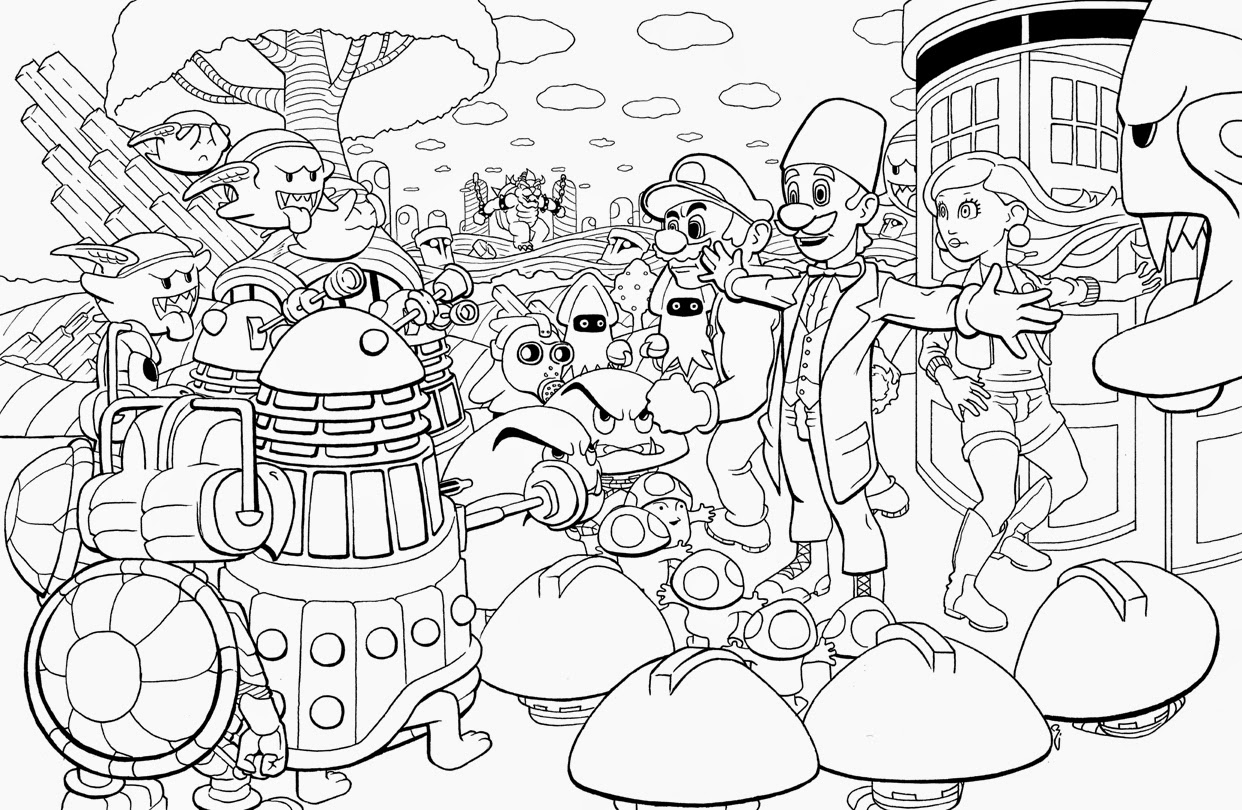 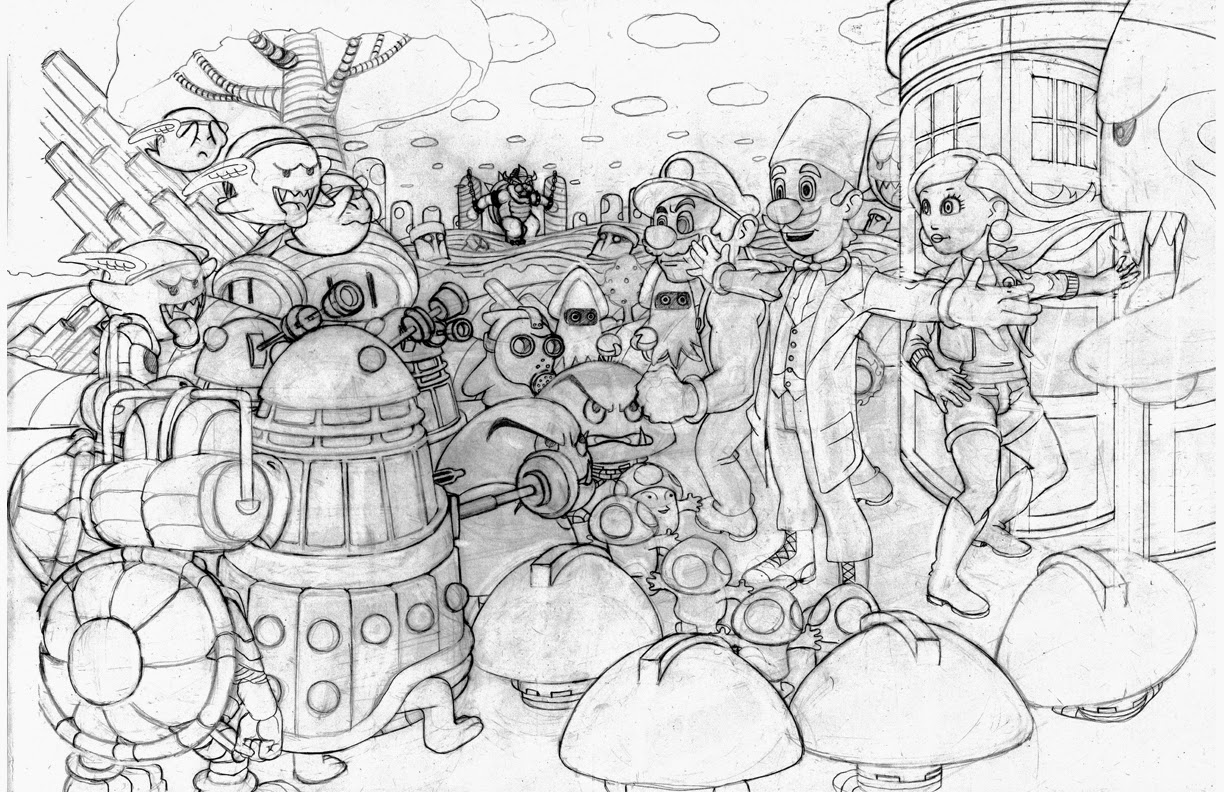