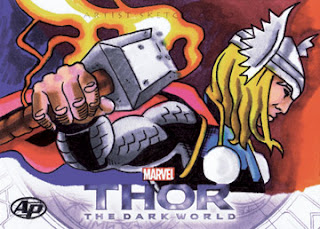 Upper Deck is producing sketch cards when Thor: The Dark World is released and I was able to contribute to that set! Here is what I produced! 79 out of 81 cards approved... I like those numbers!

My approach to these cards was Thor's Mythology. I have been a fan of his since I first saw his first appearance on the cover of Journey into Mystery no.83. I always wanted a hammer like that so it automatically caught my attention. The stories or characters I depicted are those that I have the closest connection to. I have depicted his first appearance when Donald Blake finds the walking stick that is Mjolnir (imagine a Thor movie done like Lord of the Rings?! WOW!), all the way to fighting his uncle in Fear Itself. I wish I had more cards to depict some other classic stories of his, but I hope this was enough for you=]

All cards are 2.5 x 3.5 and are done with a 01 Prismacolor tech pen and Prismacolor markers... oh, and the AP of Thor on the horizontal piece is already sold! 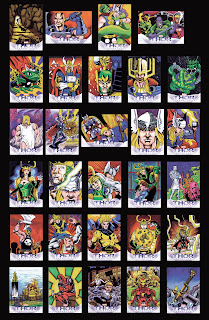 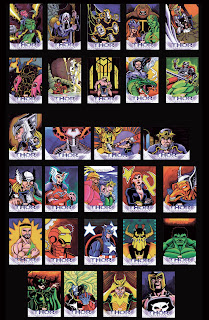 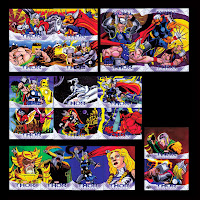 Below are the cards I have available for sale outside of eBay or being lucky enough to get one within a pack. Send me an e-mail at thelearningcurv@gmail.com to purchase them! 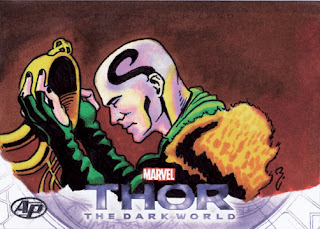