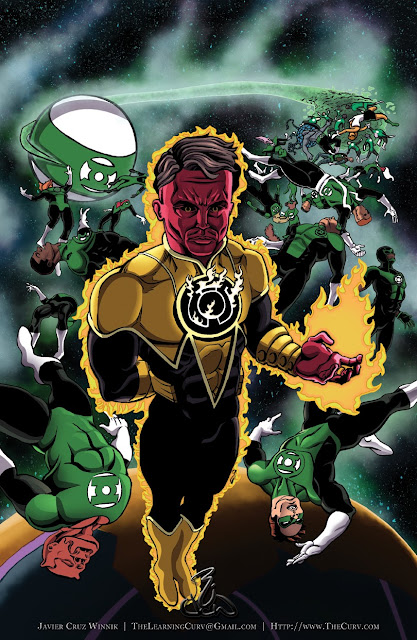 A while back, I did a illo about the Guardians of the Light in the DC universe and i wanted to do a new illustration with one of the characters, Sinestro.  He was at one time considered the greatest Green Lantern ever and at one time was their worst enemy.  The Sinestro Wars saw Sinestro at the height of his power and was one of the best stories to be done by DC comics. I wanted to spotlight him in the aftermath of him conquering the Green Lantern Corps above his home planet of Korugar. 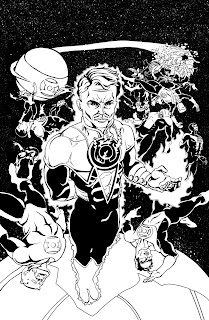 This image began as a simple character study, since I want to do a single comic page staring him. As I was drawing it I wanted to make it more than just a sketch and decided an exercise in practice would be good.  I brought the conquering story into it and tested myself by drawing over 22 characters on one page in my sketchbook.  I also challenged myself by drawing characters in positions I've never drawn before.  Hopefully this is a successful image in your eyes as well, and now on to the next bit of art=] 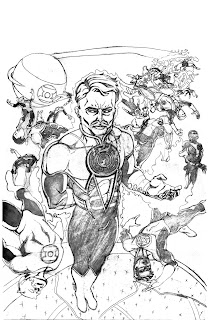