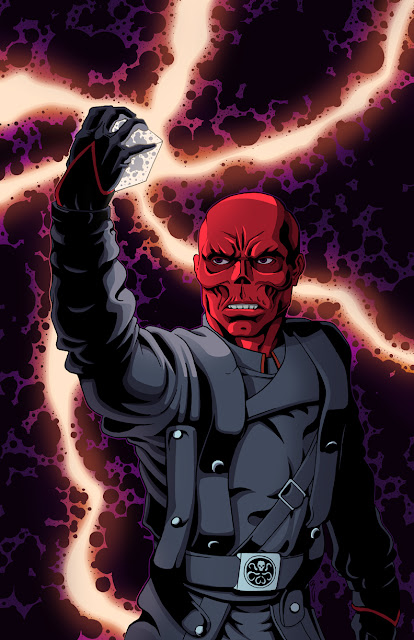 The main villain in the Captain America movie was the Red Skull.  I've always refrained from ever wanting to draw him simply because I had a problem recreating a character that came from so much hate (he was suppose to be a large player in the Nazi party). I was finally able to get over it and enjoyed the fact that he was going to get his face punched out.  The design for the Hydra leader of World World 2 was extremely well done.  He finally felt imposing and less of a joke to me and I enjoyed recreating him with a dramatic exaltation to attaining the Cosmic Cube (the tesseract from the movies).

It would be interesting to see the Red Skull be the minor villain to lead up to Thanos in part 2 of Avengers.