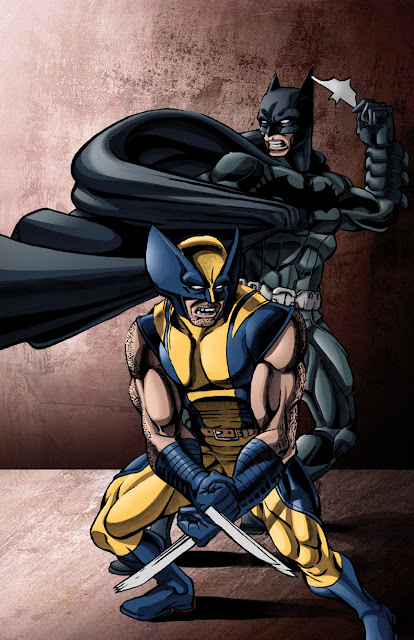 I often get requests for both of these characters so rather than give them their own illustration each, i figured this would be a perfect way to kill two birds with one stone.... besides, I'd really love to see them in a story together, so I am sure you would too=] How do you think their philosophies would work together?  Would they be best friends, would they hate each other, would one look down on the other for going too far, or not far enough?  It'd definitely make for great action and high tension!
Posted by The Learning Curv at 1:21 PM No comments: Links to this post 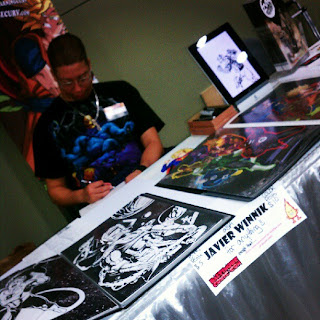 And a bust it wasn't! I don't think I've ever done a two day show with so much energy, so many fans, and so much love for comics! I myself was able to come home with some great prizes as well.  I finally have my second volume Flash Omnibus with Geoff Johns and the MAN Scott Kolins! I finally have some art from Brandon Peterson (shout out to Marvel for making that book happen, now we need one for Adi Granov!) and from Tom Raney too! I got to talk to Jamal Igle and found out that he and Ron Marz are working together again on something creator owned, ALONG with Molly Danger.  he's also donig side work all over the place so that man is an inspiration with his hustle!

My lady had her birthday out there (she actually came with me to the con and was busy with ME on her birthday, soooo good!) so I took her to a nice seafood dinner, and Baltimore has some of the BEST! You can tell how excited I am about this trip because I am using WAY too many caps=]

Well, on some more exciting news, as if all of this wasn't enough, after 4 years, I finally have a table at the new York Comic Con! 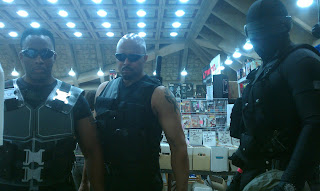 Posted by The Learning Curv at 12:25 PM No comments: Links to this post

Mr. Cellophane shoulda been my name....

I have been a comic collector since right around 1990.  I remember my father taking me to the Big Apple Con in New York City and seeing X-Factor #1 and being astonished that I could afford to buy a #1 issue, which back then was a big deal (all of my comic book heads remember those days).  From then on I was trying my best to get as MANY comics as possible.  I remember going to  St. Marks Comics AND Forbidden Planet before they both changed locations (and FB yet again this year) and I remember as an adult having to put my 27th long box of comics into storage to make more room for more in my life than JUST comics.

I recently picked up Issue #0 of Green Lantern produced by Dc Comics.  It introduces a new human Green Lantern into the DC Universe mythos.  We have three White human Green Lanterns, one of African descent, and now, one of Middle Eastern descent.  I am happy for those of the Middle East who have come over to this country that have found a new way, and maybe a better way of life here in the States.  I congratulate them on the achievements that have been made here and appreciate the struggle they are going through.  Blacks and Latino's have gone through those same issues for hundreds of years here. I completely understand it being of Puerto Rican descent myself.  What I don't get is this: Why to this day are Latino's still left out and not taken seriously.

Just recently DC Nation, the animated segment of Cartoon Network that showcases the DC Universe in animated form, debuted an animated short featuring Vibe, a Puerto Rican character from Chicago.  It is a innaccurate simply caricature of our people. There is nothing within that animation of substance in depth or quality at all.  This was a perfect opportunity to revamp the character, get a Latin or even mroe specific, Puerto Rican writer to write the segment and bring Vibe our of obscurity and start him fresh.  they dropped the ball again..... I and other viewers posted about how offensive the short was to us and how disappointing it. Why did DC feel that this representation was okay to air?  It is extremely strange that they finally have good acting and writing for Blue Beetle (who is a perfect candidate to become a top tier character in their universe, who can represent Latino’s) and would show this offensive representation of Latin and inner city people.

Those of Middle Eastern Descent have had to deal with similar things in their own lands as we have in ours. Coming to this country feels as though it is an escape and new chance at life. Many times it is. What this may boil down to more than anything specifically for me, is jealousy..... My people have been going through what we have gone through for over 200 years.  To this day we still are fighting to be seen.  Granted, we've made strides and are more public than ever, but that is extremely hard fought and earned through everything that we have had to endure for so long.  To this day, Marvel only has one character in the spotlight of Latin descent, and he’s only half, and DC has yet to put any emphasis in making that happen.  I have worked in the elementary school systems and have seen just as many if not more books about the Middle East than I have about South America and the Caribbean. We are still not taken seriously.

At the end of the day, I’d love to see more representation of everyone, so NO one feels this way.  I would love to see everyone have a potential role model who looks like them, who comes from what they come from, and with whom they can identify with.  Some people see President Obama as a sham president and that he only won the election because he was Black….. thankfully that man was able to do more than simply be a Black man, because he showed that there is more to this world that what has been fed to us. Demand better from everything around you…. No one should be made to feel left out.
Posted by The Learning Curv at 11:15 AM No comments: Links to this post

Venom.... one of the best villains EVER! 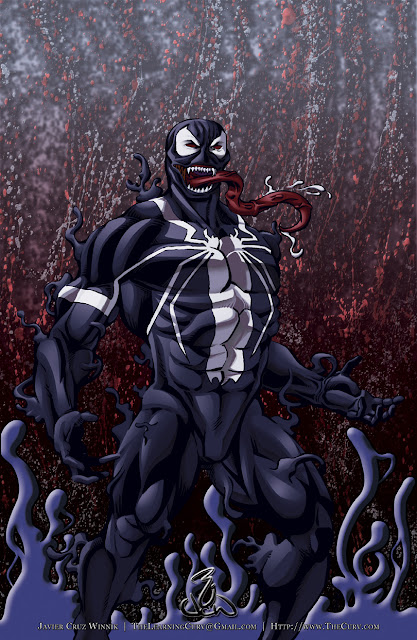 I generally get asked if I have any Venom pieces in my portfolio at comic con's so I had to make sure this was ready for my next show.... the next guy on that list, Deadpool! 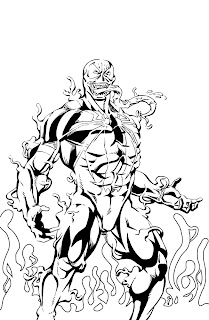 Here are the inks for this, I am pretty proud of them as I am trying to exclusively ink with a brush.... what do you think?=]
Posted by The Learning Curv at 11:53 PM No comments: Links to this post 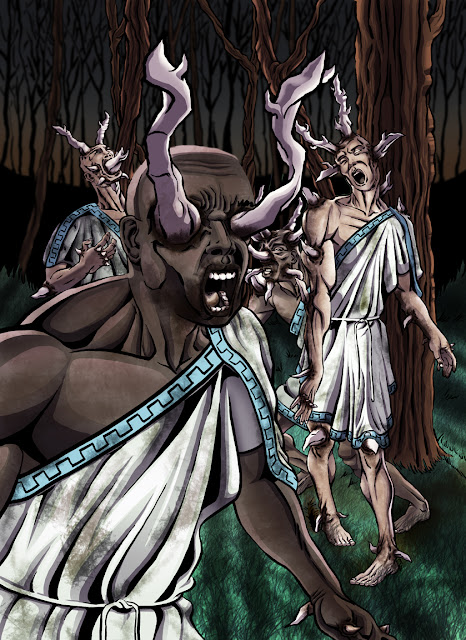 This is the scariest piece I have ever done..... it was a tough piece to knock out, but I am proud of how it turned out. I remember being so worried when I was asked to do this and so relieved when it was finally done. I may do some more pieces for the book that this will be published in, so stay tuned=]
Posted by The Learning Curv at 12:11 PM No comments: Links to this post